When I first arrived in August, I expected All of my classes to be easy and fun. I also expected all my grades to be A’s.
But soon I realized that school was going to be just as hard as the last year and that I would have to work just as hard.
By October all of my grades were A’s and B’s because I had worked hard.
Eventually I figured out that all you need to do to get good grades is study, pay attention, and ask any questions you have.
As the year comes to a close you cannot slack or let off. You must work just as hard.
In 7th grade I learned…
1. Study a lot
2. Take good notes
3. Stay organized
If I had to repeat seventh grade I would follow my three steps ahead.
My advice to future seventh graders is also to follow my three steps.

“Did you do your homework yet?” Asked my Mom grumpily. It is important to thank parents. They teach us, help us, and cure us when were sick. To begin with have you ever needed help on your homework? I know I have, and when I do need help I ask my parents. They also teach us important life lessons and give us advice for the future. This is one of many ways your parents help you.
Another reason your parents are important is because they help you with any problem. If you need advice: parents, if you have a question: parents. If you can’t decide between something, parents usually help you make the right decision. This is yet another reason why parents are important
If you have ever been sick then I guess that you know what it feels like to be well cared for. When ever I’m sick my parents always check on me, take my temperature, and bring me ice cream and food. They always make sure they give me the right medicine and the right amount.
If you ever take the time to thank your parents for all that they help you with, it can change you. I thanked my parents and they said that they loved me and they would help me with anything I needed.

So early it’s still almost dark out.
I’m near the window with coffee,
and the usual early morning stuff
that passes for thought.

When I see the boy and his friend
walking up the road
to deliver the newspaper.

They wear caps and sweaters,
and one boy has a bag over his shoulder.
They are so happy
they aren’t saying anything, these boys.

I think if they could, they would take
each other’s arm.
It’s early in the morning,
and they are doing this thing together.

They come on, slowly.
The sky is taking on light,
though the moon still hangs pale over the water.

Such beauty that for a minute
death and ambition, even love,
doesn’t enter into this.

Happiness. It comes on
unexpectedly. And goes beyond, really,
any early morning talk about it.

I love this poem because it calms down all the craziness and stress around me. 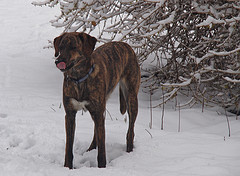 My favorite gift ever was from my thirteenth birthday. It was a huge surprise! My mom and dad told me and my sisters that we were going to look at a ranch. We rode in the car for what felt like hours with my screaming little sisters. We then pulled up to a rickety gate and entered the old ranch. One by one dog kennels appeared on the side of the road. It was then that I figured  out I was getting a dog. I got to pick out of all the male plott hounds. It was love at first sight when I felt a small tug on my shoe. I looked down to see a small puppy eating my shoelace. Now I couldn’t imagine my life without Bullet.

Austin is a great place to visit. You could see the Capitol or go to the carnival. It is a safe place to visit and a great community.
You could also visit the park or a lake. Such as Zilker Park, a great place to walk your dog, play any sport, swim, talk, or even go paddle boarding. Lake Travis is one of many lakes in Austin. It is a great place to go inner tubing and swimming. The water is almost always warm, and if you want, you can even go scuba diving.
The carnival is also a great fun family activity. You can go to play games and win prizes. Ride roller coasters or even go through mazes to see if your good enough to find your way out.
Austin is a great safe fun place to visit and I wouldn’t wanna be in any other place.

By: Luke and Jack

“I didn’t see her I cried!” “Then what were you doing?” Asked the officer “TEXTING!” I exclaimed- then I realized how bad it sounded. I then realized what I really had done. That I had just killed a six year old girl over a text message as simple as “sup.”

To begin with, such as the example above it texting while your driving. This can cause many tragedies such as not seeing people in the road- we all know how this ends. So the next time you in the car and driving wait till the next stop sign or a red light or if your not traveling far, just wait. You can even just if the person next to you if they will just send the message for you.

Also, imagine if you were just driving along being a safe responsible driver- and all of the sudden a little twelve year old boy is walking across the road with his head down in his phone and you slam on your breaks, and the boy doesn’t even notice that your there. Now I don’t drive yet but if I did I would probably honk the heck out of my car if someone did that to me. All he had to do was wait till he was at the other side of the road.

Texting can be harmful, just like many other things in life. So please don’t sent a text at the inappropriate time, it could save a life.

School is fun. I know most people say they don’t like school but I bet if you took away school from them they would go crazy. You can see your friends, you can’t laugh at funny things that happen and you can’t make new friends. I mean what do you do at home? Watch Tv or play video games. Don’t you ever get tired of doing that? Anyway I like school even if there are tests and quizzes.

For Christmas I got a puppy. His name is Bullet. He loves to go to the bathroom on my moms new rug. I love his dark black and orange stripes and his ears that are bigger than his head. I love how when he is tired he doesn’t care if your comfortable he just gets where he wants. Imagine a warm fuzzy soft blanket that layers across your cold body and snuggles agenst your body. I love my dog and he is my all time favorite Christmas present.

The past few years we’ve been going to our ranch for New Years. Every year we eat s’mores and launch fireworks into the dark night sky. The exploding colors spreading in the sky like a thousand paint balls in every direction. I listen to my parents, grandparents, uncles, and aunts, all clap and yell “ooh” and “ahh” in amazement. While off to the side my and my cousin start a small fire. We usually just buy the small fireworks the just blow up and make a mess for us to pick up later. This night is one of two nights in the year in which I get to stay up as late as I want. The only other one is the last day of school night.

Welcome to your brand new blog!

This is a sidebar and can be changed in Widgets in your dashboard.

You can also modify number of sidebars in theme options!